With the good weather holding on, I took the chance to go down to the Rye area for a twitch.  On my shopping list were 4 birds:-

I managed to see the scaup and the black-necked grebe but the spoonbill wasn't there when I arrived and the Slavonian grebes were too far away for me to be sure of the ID even with my scope.

Twitching in East Anglia with Alison

The annual Ashdown Bird Group trip to East Anglia started today and finishes on Thursday.  Although Alison and I couldn't make the full trip we agreed to spend the first day with them as they birded in St Ives, Cambridgeshire and then in Norfolk at WWT Welney. The weather was clear and dry but it was very cold and did not get above freezing until after lunch.

A= St Ives
B= Eldernell
C=Welney WWT
St Ives, Cambridgeshire
After a hearty Wetherspoons breakfast at the Swan & Angel in St Ives we made the short journey to Meadow Lake, parking at the entrance to Hunts Sailing Club. 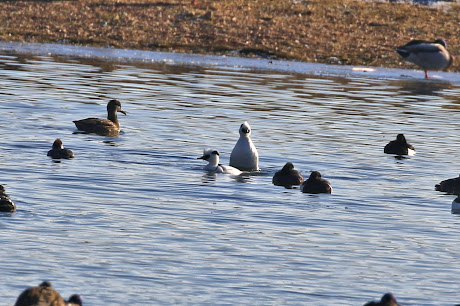 The photographers followed the path towards the clubhouse, hoping to get a closer view.  I joined them but quickly decided I was better off where I was previously so I left them there and went back. 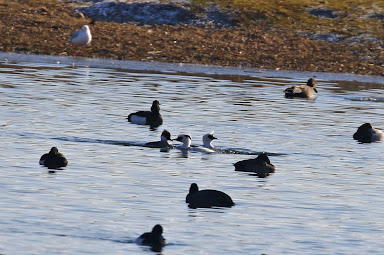 What a great start to the day!
The main group were running late so they decided against going on to Eldernell and headed off to WWT Welney en route to the Caley Hotel near Hunstanton.
RSPB Nene Washes, Eldernell
We arrived just after lunch to find lots of birders on the raised bank adjacent to the car park - a healthy sign. 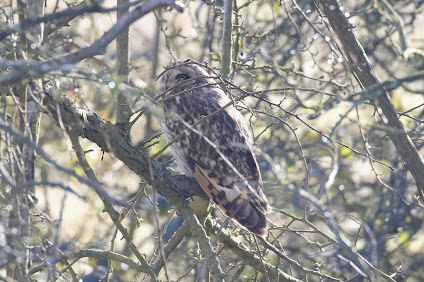 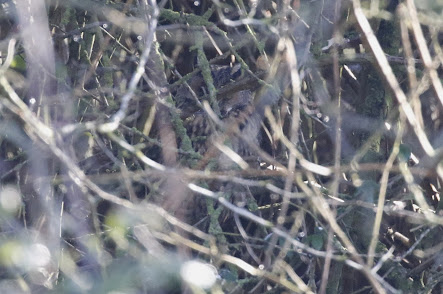 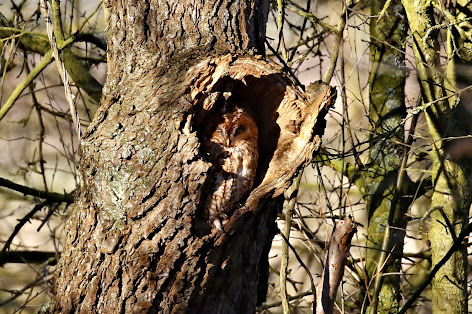 Our detour to this site was fully justified with 3 species of owl on show and a hen harrier as a bonus. ....and we still had time to rejoin the others at WWT Welney.
WWT Welney
We arrived back at Welney just after 3 p.m., in good time to meet the rest of the group and have some lunch before the close of play for the day. 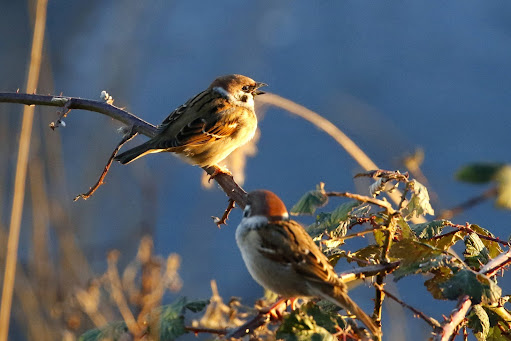 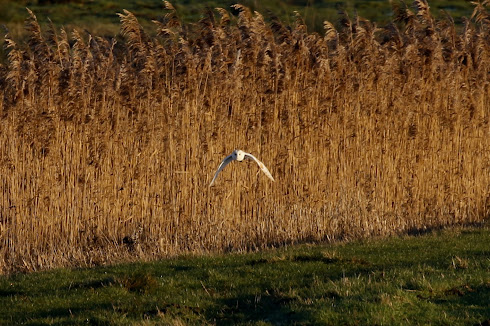 I jokingly said to John E " Can you conjure up a crane to complete my bucket list for the day?"
We left around 4.30 pm after a most fulfilling day.  It was one of those days when everything went according to plan and more.  I hope this continues for the group when they get to thier destination on the north Norfolk coast.
A brilliant twitch!
2023 species count = 107
All photos courtesy of Alison Playle,  except the one showing the courting goldeneye which was taken from Twitter.
Posted by hasty at 13:07 No comments:

The original plan was to walk from Pagham North Wall along White's Creek, past Pagham Lagoon to the spit where a snow bunting had been seen  several times recently.  Then we would return along the same path to watch the wader movement on the incoming tide.

After lunch we planned to head up to the Burgh to catch up with the short-eared owls at dusk.  As you will read later, this plan was changed and we finished up at the WWT reserve at Arundel.

There was a good selection of waders on show, the pick of which are listed below.

We met up with Gareth and Paul James at the lagoon and they advised us that parking at the Burgh would be a problem this afternoon.  The short-eared owl sightings recently had drawn large numbers of birders to the area with the attendant parking issues.  On the strength of this discussion we decided to go back to the North Wall, move to the nearby  Pagham Beach café (at the start of Sandy Road (PO21 4SP)) for lunch and then head out to the spit to look for the snow bunting.  If we had time we would visit the WWT reserve at Arundel.
WWT Arundel
We spent just over an hour here.  Most of the pools were frozen over completely so there was not much going on. 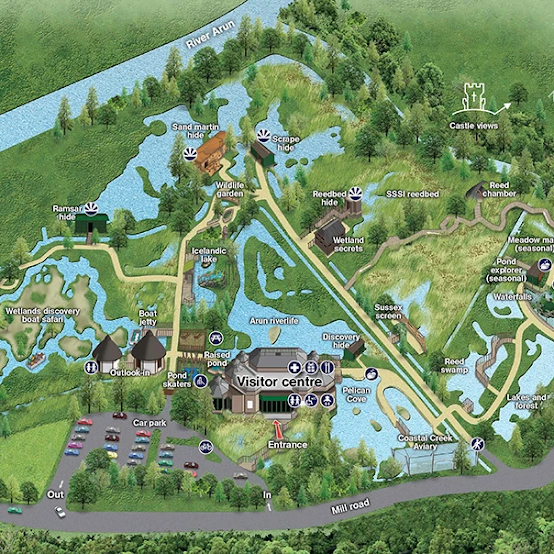 While walking Odin around the estate this morning I heard my first coal tit of the year, calling from the top of the high trees in the wooded area.

On the return leg, less than 15 minutes later, I heard a siskin calling from the same area.

After 2 recent trips to the Isle of Sheppey where we missed out on short-eared owls, Alison and I made the short trip to the Lewes Brooks, near Rodmell, where one had been seen earlier in the week.  The weather conditions were almost perfect, with bright sunshine and very little wind, as we arrived around 3 pm.

After parking up at the National Trust car park near Monk Cottage, former home of Virginia Woolf, we headed out across the flooded fields to the west bank of the River Ouse.  On the way we met Simon Linington, one of our finest local birders and we enjoyed his company and expertise from then on. 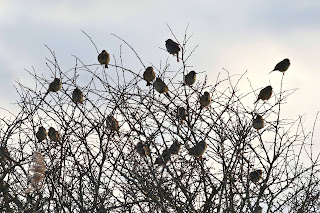 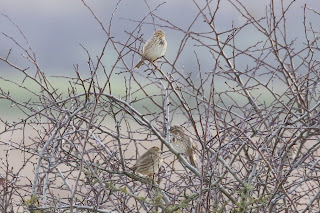 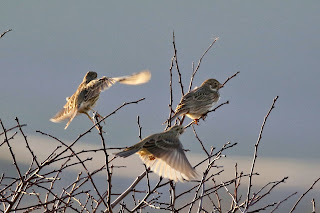 What a lovely evening out - good company and plenty of raptors.
I returned on Friday 21st January with Martin, Ian and John S but we did not see the short-eared owl or the hen harrier.
2023 species count = 97
Posted by hasty at 01:31 No comments:

Our first outing of 2023 took us to Elmley Nature Reserve on the windswept Isle of Sheppey.  Thankfully, the rain held off.

Last year we had exceptional views of short-eared owls here but this year they are hardly showing at all.  They are present, in good numbers, but choosing to hunt nocturnally, well after the reserve has closed its doors for the day.  The long-eared owl is also on site but it has rarely been seen during the day.

Our route today took in a couple of extra paths.  We started by heading west down to the Swale estuary to Clay Reach before heading north along the riverbank for a while.  After lunch back at the centre, we followed our usual path, easterly to the Well Marsh Hide.  As dusk approached we decided against relocating to the raptor viewing point at Capel Fleet, choosing instead to stay at Elmley and visit the South Fleet Hide. 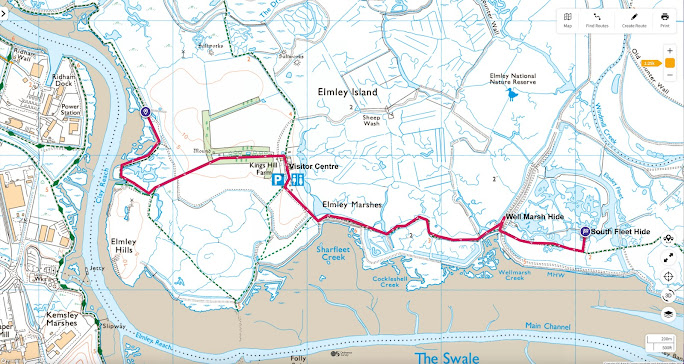 A very helpful volunteer engaged with us as we assembled in the car park and pointed out what we might expect to see today.  One of the things she mentioned was little owl.  Earlier, she had been watching 2 of them in a bush, behind the oak trees, just a few metres north of where we were standing.  When she offered to show me the exact location I jumped at the chance.  When we got there, only one was showing and that one was very well camouflaged. 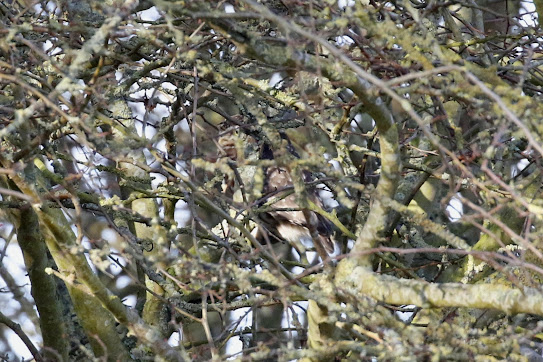 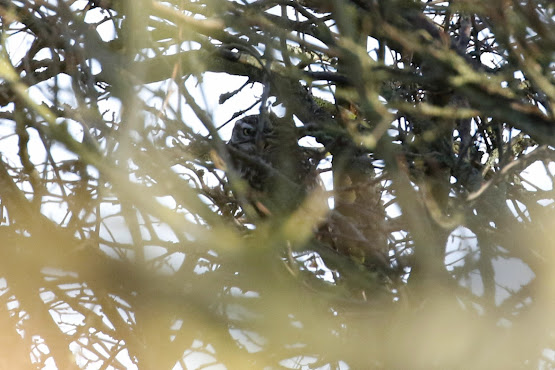 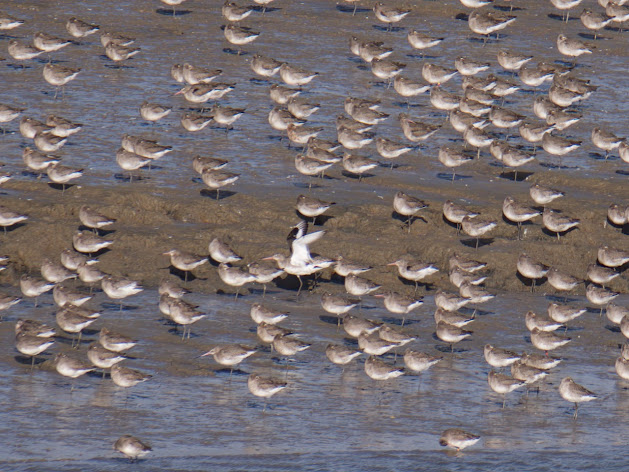 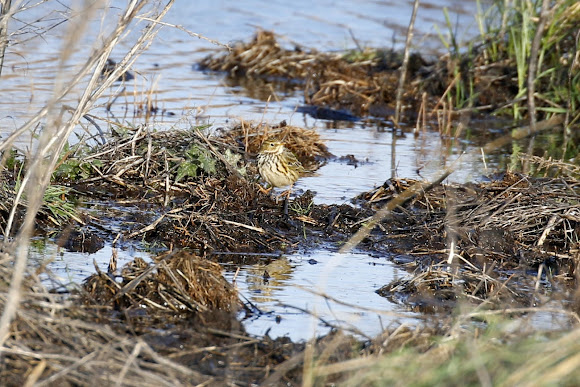 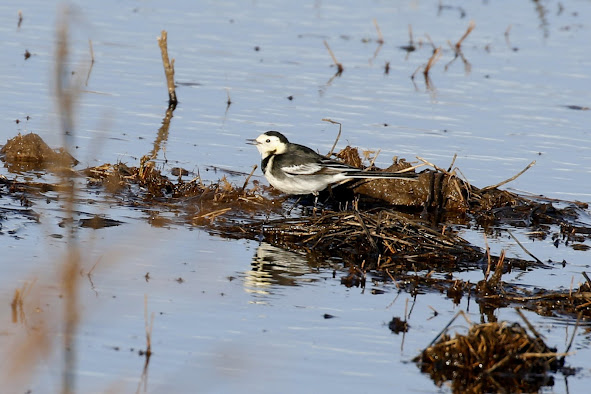 After lunch at the Visitor Centre we enjoyed watching loads of birds from the viewing wall adjacent to the toilet block. 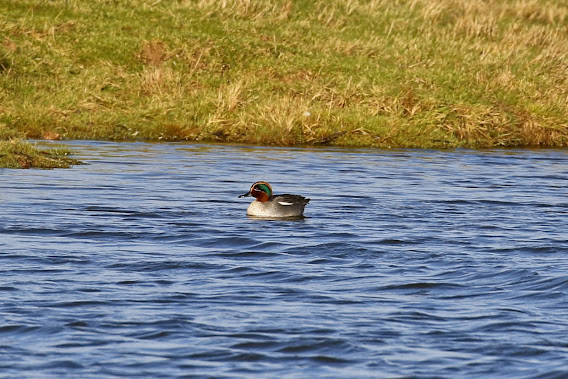 Geese were in short supply today and those that were there didn’t come to the show until quite late in the day.

The decision to finish the day at the South Fleet hide proved a wise one as we added a few interesting species to our day list.

On the way back to the car park we added further birds of interest. 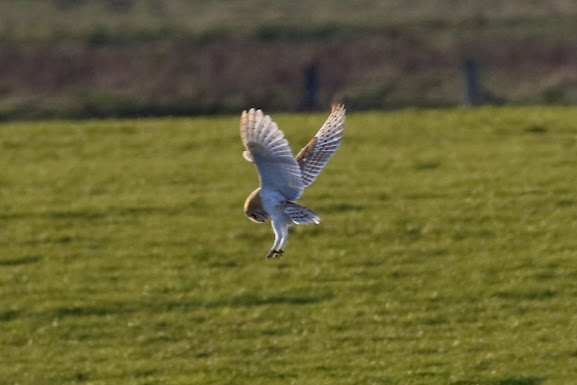 What a lovely day out – nothing rare or special turned up but with a species count of over 60 there was something for everyone.  Thankfully the wind abated as the day went on, making it a very pleasant situation all round.

Thanks Martin for another top-drawer birding trip!

Also added to the year list was the tawny owls that I heard last nihght as I walked my dog Odin round the housing estate where I live.